Posted on December 5, 2015 By inthegolfzone

Alignment (aim) is one of the biggest problems people struggle with in the game of golf. Even the best in the world will occasionally tell a reporter on TV that they have “gone back to the basics” and are “working on alignment”. This is mainly due to the fact that the player is parallel to the target rather than facing it.

One simple way to combat this problem is to use two knitting needles and elastic string. First, cut a long enough piece of elastic so that it can be stretched about 15 ft long.  Then tie each end to a knitting needle. After that stick one needle at least 6 ft in front of the hitting area.

Next stick the second needle in the ground at least 6 ft behind the hitting area. Use a club to help align the second needle so that the elastic string forms a line that points at the target as pictured below. 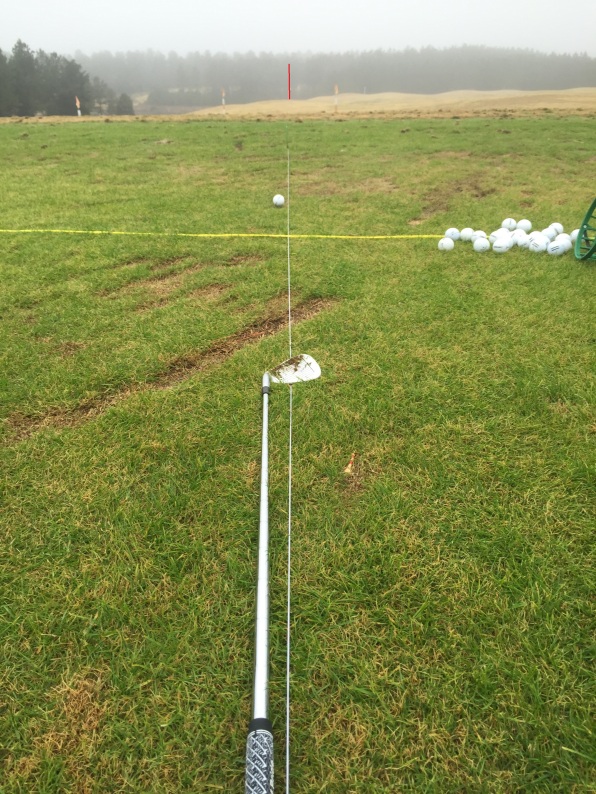 Once it is set up, look down the line with your head to get comfortable with the way the target should look when aligned correctly. Then make sure the club face is square to the ball, meaning directly perpendicular to the line (as pictured bellow).

After that feel free to swing away!! 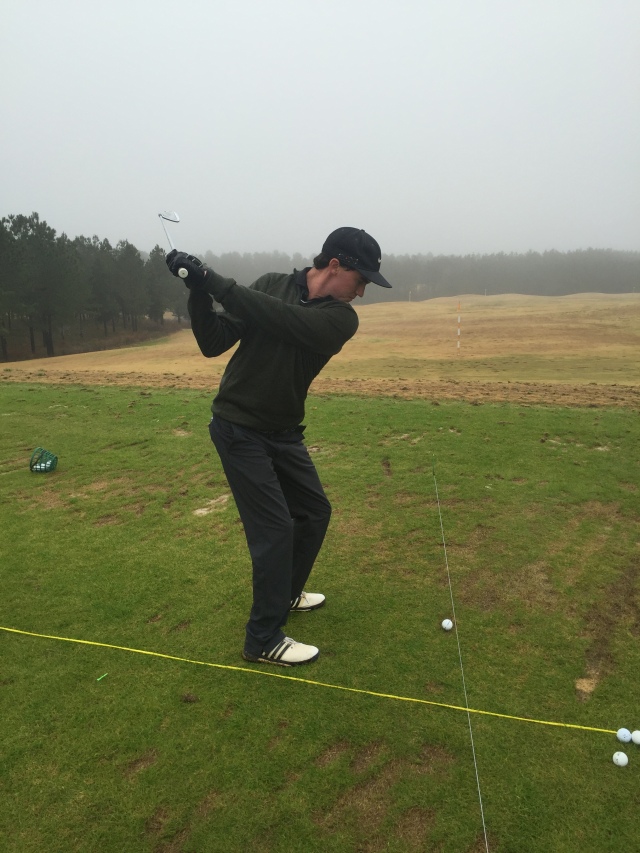