What is the Players?

What is the Players?

Last week the Players Championship took place at TPC Sawgrass outside of Jacksonville Florida. The Players Championship is the flagship event of the PGA tour; and it is considered by players and fans alike as the unofficial 5th major of the year. The tournament has the strongest field of any golf tournament in the entire world, and the stadium stage only adds to the aura of the event.

The Stadium Course at TPC Sawgrass, holds its name due to the mounds and hills that enclose each hole. These hills were created to allow spectators to see, rather than staggering over each other hoping to get a glimpse of a player’s swing. Each hole gives the effect of an outdoor amphitheater with stadium seating at all angles.

Pete Dye, a renowned golf course architect and designer of the Stadium Course, is known for his visually intimidating designs. That being said, there aren’t many holes that are as iconic as the last two at the stadium course.

The 17th is perhaps one of the most famous par 3’s in all of golf (and certainly the most exciting). The hole is very short but it is an island green completely surrounded by water. This makes it a necessity to hit the green, otherwise there is danger of making a double, or worse. Despite the exterior obstacles, the hole is still very short and has been subject to birdies (3 from last year’s champion Rickie Fowler) and even holes in one.

The 18th is curtained by the massive clubhouse and water that runs down the entire left side. The hole, like the rest of the course, asks a player to gather themselves and execute a great shots in order to hold the trophy Sunday evening. 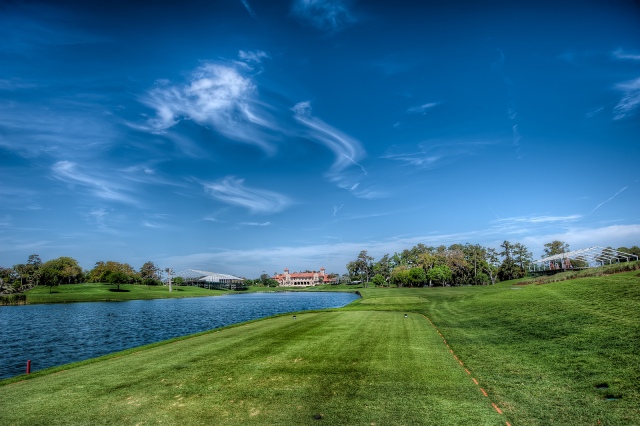 Jason Day Wins: This year, world number one Jason Day, pictured below, won the Players Championship in a wire to wire victory. (This means that he help the lead in all four rounds). 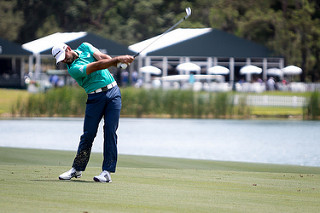